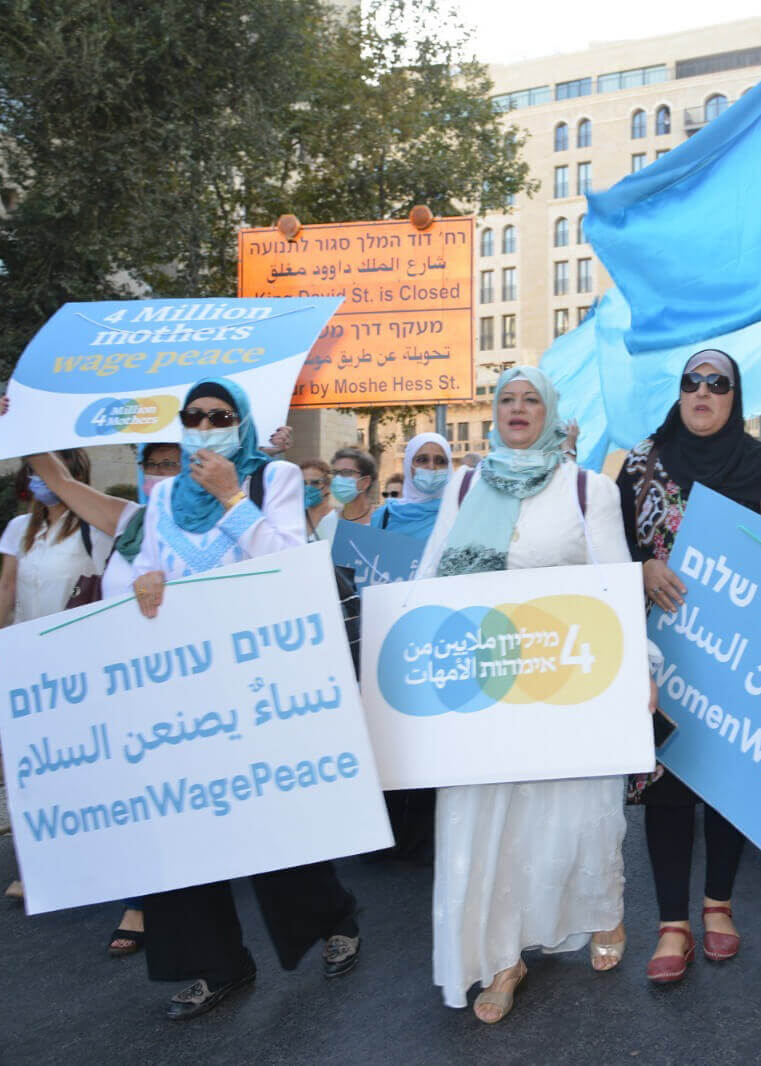 The Goal of our movement is to bring about the resolution of the Israeli Palestinian conflict by means of an honorable, non-violent and mutually acceptable agreement, with the participation of women from diverse groups of the population in Israel, in accordance with UN Resolution 1325.

The movement is not affiliated with any political party and its members include women from diverse communities within Israeli society: right, center and left; religious and secular; Jews, Arabs, Druze and Bedouin; young women and older women; women from the center of the country and from the periphery. The movement does not support any one particular solution to the conflict.

The movement is composed of thousands of volunteers, organized within a framework of both regional teams, as well as professional teams.